Expected developments in the external environment in 2022

In its January 2022 report, the International Monetary Fund (IMF) forecast that global gross domestic product would grow by 4.4% in 2022, that is slightly less than in 2021 (5.9%), with the growth trajectory expected to continue to be rapid, taking into account the global economic recession in 2020 (-3.1%) caused by the COVID-19 pandemic. The AsiaPacific region is expected to register high growth in 2022 of 5.9% (including 4.8% in China). India is expected to remain one of the fastest growing economies in the world (expected GDP growth of 9%). As in previous years, developed countries will continue to experience lower economic growth, according to IMF projections (total growth of 3.9%). The US, Eurozone and Japanese economies are expected to grow by 4%, 3.9% and 3.3%, respectively. According to IMF forecasts, Russia is also expected to grow relatively slowly (2.8%), as are South American countries, including Brazil (0.3% growth), Mexico (2.8%) and Argentina (3%). Taking into account the 2020 GDP contraction and the subsequent economic recovery in 2021, Poland will be among the EU’s fastest growing economies, with an expected growth rate of 4.6%. In contrast to previous years, the IMF predicts that economic growth in Europe will be fairly even, with all EU countries expected to grow by 4% (with the highest growth rate in Spain at 5.8%) and the eurozone countries at 3.9%.

International organizations forecast that in such an environment, oil demand will increase by 3.3 million barrels per day in 2022. This type of economic environment would, within two years, bring the oil market back to levels comparable to those seen in previous years. While this growth will not be evenly distributed (and will be concentrated mainly in AsiaPacific countries, including most notably China and India), the economic recovery means that all regions will see an increase in fuel demand. Nevertheless, the global level of demand for fuels and various types of energy carriers continues to be influenced by the COVID-19 pandemic (possible further restrictions), as well as the speed of economic recovery, including the impact of high inflation. Even more significantly, however, the outbreak of war in Ukraine means that both in terms of economic growth and oil consumption, the situation has become highly unpredictable, and recent forecasts will require significant, most likely downward, revisions.

In terms of oil production, OPEC+ countries will continue to play a key role in 2022 as they slowly rebuild crude output. However, it is still not at a level adequate to the pace of economic recovery. As a result, in 2022 crude oil stocks in OECD countries may fall to the lowest level since 2000, which will contribute to price fluctuations on the markets. Against this backdrop, large production increases can still be expected in the US, Canada and Brazil, as well as Norway (favourable pricing conditions). The political and social situation in Libya, Kazakhstan, Venezuela and the Middle Eastern countries, primarily Iran, will be an important factor affecting the availability and price of crude oil. Discussions concerning Iran’s nuclear programme may result in the conclusion of a new agreement and thus an increased presence of Iranian oil on the international market.

A significant challenge for the entire refining industry in Europe will be new regulations introduced at the European Union level. In July 2021, the European Commission proposed a new legislative package (Fit for 55) that would ultimately accelerate the transition away from fossil fuels. The entry into force of many of the regulations of this package may adversely affect the operation of refineries due to, among other things, the planned introduction of additional tax burdens on diesel fuel, reduction of emissions in transport (inclusion of transport in the EU ETS system), or promotion of sustainable aviation fuels.

The situation of refineries in Europe in 2021 was influenced both by the demand for fuel (the effect of introduced restrictions and the economic recovery) and prices of natural gas (high prices of the commodity adversely affected refinery margins). Given the expectations of continued high prices of natural gas throughout 2022, refining margins can be expected to continue to be affected by this factor. Nevertheless, the economic recovery is causing analyst agencies to point to a further increase in global refinery throughput of 3.7 million barrels/day (2021 throughput increased by 3.1 million barrels/day). Strong competition from plants in the Middle East, Asia Pacific and Russia may continue to be a major challenge for refineries in Europe. In addition, the Dangote refinery in Nigeria is expected to be placed in service in 2022, with target capacity of 650,000 barrels/day. This development will lead to large and profound changes in fuel trade, most notably a reduction in fuel supplies to Africa. In Europe, the market is characterised by high availability of gasoline relative to diesel oil; moreover, a possible peak demand for transport fuels in Europe (the effect of growing share of electric vehicles in the market) will adversely affect the resulting crack spreads on middle distillates. As a result, refineries which export a large proportion of their production (mainly in Western Europe) are threatened.

Impact of war in Ukraine on the LOTOS Group

The outbreak of war in Ukraine has an enormous impact on the socio-economic situation in Central and Eastern Europe and the world. Due to the hostilities taking place in Ukraine, it is very difficult or outright impossible to conduct business activities in the country. At the same time, Russia’s aggression, actively supported by Belarus, has contributed to the isolation of these countries by limiting or completely breaking off trade relations with their partners – not only in the form of top-down sanctions imposed by the governments of many countries, but also through widespread social ostracism and voluntary decisions made by market participants. At this point, it is very difficult to predict the mediumand long-term effects of the war.

The high uncertainty as to further developments is reflected in financial and commodity markets, including highly volatile prices of crude oil and natural gas – in the case of Brent crude oil, prices momentarily approached 140 USD/bbl (vs 77 USD/bbl at year-end 2021), while natural gas on the Dutch TTF exchange set new all-time highs in March, momentarily exceeding 300 EUR/MWh (compared with 60 EUR/MWh at year-end 2021). Due to the very low interest Russian oil among potential buyers, the Brent/Urals differential is very high, at around USD 30/bbl.

The Group continuously monitors the situation, including on the market of energy commodities and petroleum products, in preparation for possible discontinuation of processing of Urals crude oil. Production at the Gdansk refinery is currently on schedule, with product distribution to the market uninterrupted.

The Group does not conduct any direct operations in Ukraine, Belarus or Russia. Sales to areas affected by the hostilities do not represent a material share in the volume of the LOTOS Group’s export sales.

Fuel stations are currently experiencing increased demand for fuel products. This, combined with a very high logistical load, translates into incidental disruptions and limited fuel availability at individual locations. To ease queues at stations, the Company has introduced a temporary restriction on refuelling, with fuel sales to jerry cans prohibited. However, it should be emphasized that the situation is under control and Poland has adequate reserves of both feedstock and petroleum products. The Company has its own mandatory stocks and reserves held at the Government Strategic Reserves Agency, which may be released with the consent of the state authorities in order to secure supplies and thus ensure the country’s energy security.

As of the date of issue of these financial statements, the risk of disruption of supply chains has not materialised, and the flow of crude oil remains uninterrupted. The Group prepares for various scenarios, mainly through diversification of supplies from various directions, and these diversification efforts are an ongoing process. Operationally, the Group is prepared to pursue a variety of alternatives.

The refinery’s technological configuration, combined with its location advantages (coastal location), allows the selection of crude oil types from various global directions, ensuring high flexibility of the Group’s operations and the ability to quickly adapt to rapid changes in external conditions. In the past, the Group has already had an incident of disrupted pipeline deliveries of crude oil from Russia during the so-called „chloride crisis”, when deliveries had to be made by sea. The disruption did not affect the continuity of production processes and performance of sales contracts.

The Group has planned to have a lower demand for crude in March and April 2022 due to the maintenance shutdown at the refinery. Supplies contracted for this purpose are secured and are being delivered.

Credit exposure of the LOTOS Group to Ukrainian, Belarusian and Russian entities is immaterial. Large-scale operational disruptions that could potentially entail liquidity constraints for certain entities may also have an adverse impact on the credit quality of various actors along the supply chain. As part of its credit risk management process, the Group monitors market conditions and information regarding its counterparties that may indicate deterioration in their financial condition and adjusts the structure of credit limits to the current situation. Based on its analyses, the Group has not identified any need to update the assumptions underlying the assessment of expected credit loss.

In addition, following the introduction of the Charlie-CRP state of cyber alert in Poland by the government, the Group also carefully analyses the risk of cyber attacks through constant monitoring of its ICT infrastructure. 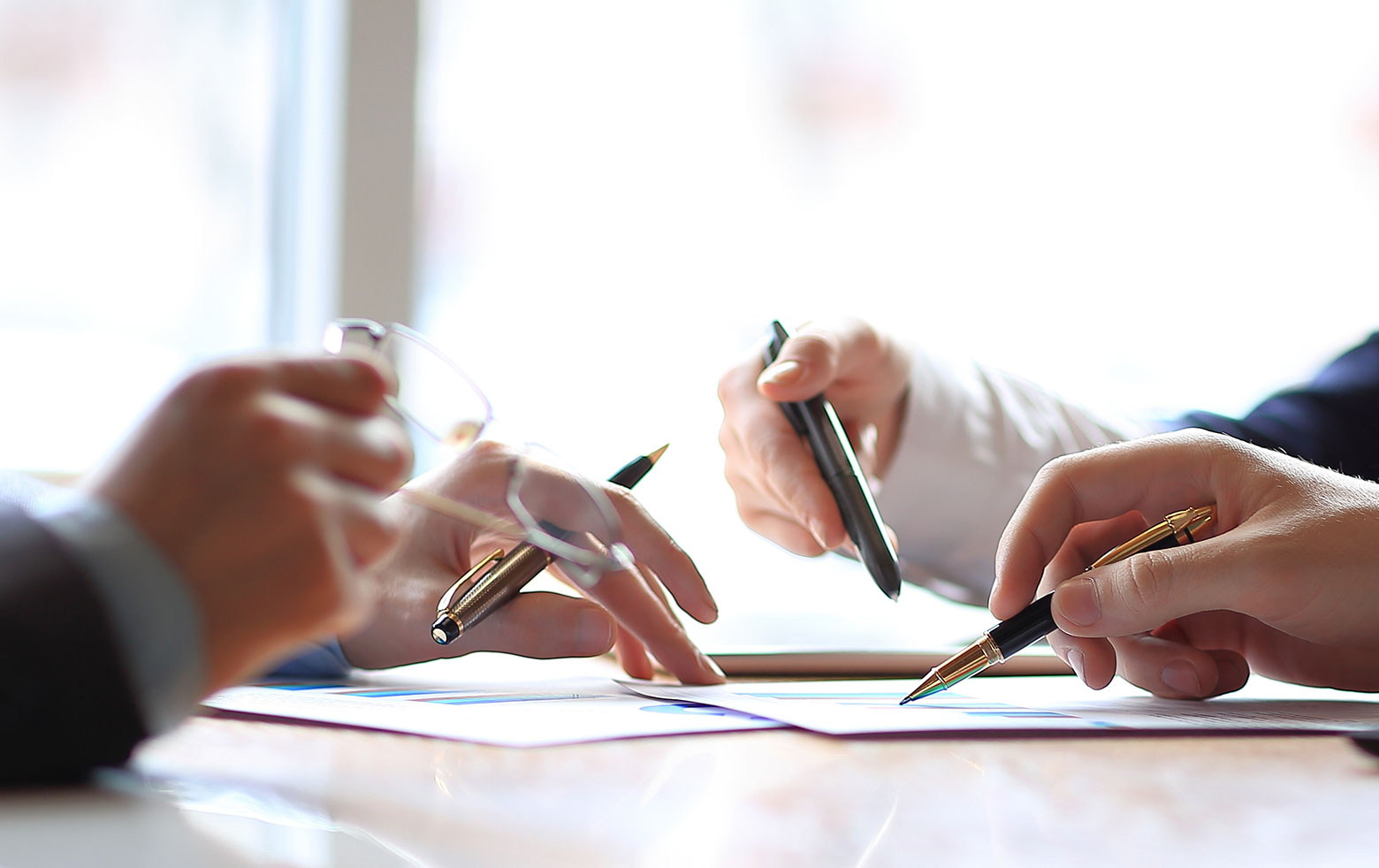 Oil refining market and competition in the region